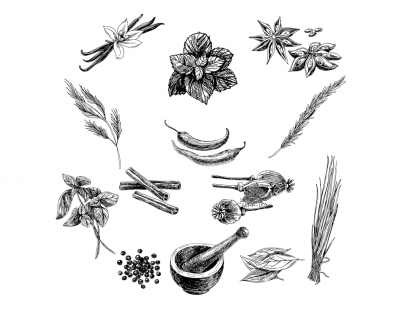 When we talk about Oriental Medicine, we think of a single discipline, but in actual fact it is much more complex as this expression covers many types of medicine, including some which are very different from one another. The best known methods are without a doubt  Traditional Chinese Medicine or TCM and Ayurveda,  which we will discuss below, but we can also recall  Tibetan Medicine.

Oriental medicine is the oldest widespread medical system, based on the balance of the body with the surrounding world and on a highly varied system incredibly distant from Western philosophy and culture

The history of oriental medicine  has its roots in China, with traditional Chinese medicine which  is of very ancient origin.

Everything starts in 2100 BC when in China, during the Xia and Shang dynasty, what were known as “healing acts” started to be put into practice. These were based on ancestor worship and on divination.

The real foundations of Chinese medical thought come with the Han dynasty (206 BC – 220 AD), with the theory of Yin and Yang, Qi and the five elements.

Centuries passed and dynasties came and went and more and more new elements were introduced into oriental medicines, including the application of plants for therapeutic purposes.

This will be followed by the therapeutic application of drugs.

The essential aim of  oriental medicine  is based on 3 foundations:

In oriental medicine the physical body is not examined and studied as a simple set of organs, but is conceived of as “a set of functions”. It works by acting in synergy and in harmony with the surrounding environment, if something stops functioning, a state of discomfort and illnesses appear.

There is also the concept of energy which is responsible for the states of harmony or disturbance that are created with its flow.

In conclusion, oriental medicine investigates the causes that have led to the onset of the illness and not just the symptoms.

Below we give you the fundamental principles of the two best known and most widely used oriental medicines today.

Traditional Chinese Medicine or TCM  is one of the oldest and most fascinating oriental medicines or holistic disciplines in the world.

It came into being as a sort of popular and rural medicine which then underwent the influence of Taoism and  Confucianism. Its development and its spread were also thanks to the legendary Huangdi, the Yellow Emperor, who illustrated the principles in a text of the 4th century BC.

Traditional Chinese medicine  is complex and far from Western conceptions, even though in recent decades it has been taken into greater consideration in the West and many Western doctors are inspired by it for their diagnoses and therapies.

The fundamental concepts of TCM

The points around which traditional Chinese medicine revolves to treat patients, restore them to a state of health or help them keep their well-being are:

All  the factors shown above are closely correlated with one another and one does not rule the other out, but they are studied in their multiple different solutions.

The diagnostic examination by the Chinese doctor is made up of four techniques or rather, the Four examinations

All the information collected allows establishing the cause and the characteristics of the diseases.

If a state of illness is found in a person, coming from the balance of energy being disturbed, the Chinese doctor has to act to restore the state of health and mental and physical well-being. To do this, TCM can intervene by taking advantage of various therapies including:

The term therapeutic gymnastics refers to the disciplines of Qi gong and Tai chi chuan.

It must not be forgotten that traditional Chinese medicine also owes its benefits to the correct diet on which it is based, in the respect of consuming food according to the seasonal cycles and the restoration of the subdued energy for the correct flow of the vital lymph which there is in every living being.

Who traditional Chinese medicine can be useful for

Traditional Chinese medicine can be useful as a support to anyone who requires its help and is interested in physical and mental well-being.

It is a discipline which can be of support to traditional medicine without interfering in it, and can be  defined as complementary medicine.

Ayurveda is a complex medical system which includes aspects of prevention and of treatment for the purpose of lengthening and improving the life of a human being in harmony with nature.

Traces of  Ayurveda and of its mythological origins are to be found in Hindu texts that are more than five thousand years old, but the more consistent accounts date back to around 1500 BC.

Ayurveda considers the balance between man and the environment as health whilst its imbalance is  illness.

Just as for TCM, vital energy is also of fundamental importance for Ayurveda  and is called  prana. In addition, according to Ayurveda there is a close link between illness and thought.

In Ayurveda, health is the first priority of life  and neglecting it by saying “there’s no time” risks bringing illness, but even worse, losing the joy of living, wasting money for treatment and really wasting time.

The fundamental concepts of Ayurveda

Three types of illness are distinguished in Ayurveda:

The dosha in Ayurveda are very important; they are what  constitutes the individual, each person has a dominant one  with multiple facets and infinite variables. These allow identifying the basic characteristics of the subject and on the basis of these and other factors which are identified during the doctor’s diagnosis, a plan will then be established to keep the person in a state of well-being or, if they are ill, to restore their health.

Each dosha has an ideal lifestyle, recommended diet and curative preparations.

The Ayurveda doctor, after having established the constitution of the patient, evaluates  the individual’s imbalance through reading the pulse  before the onset of a disorder or its symptoms.

Thanks to this technique, it is possible to intervene beforehand providing specific indications on the best habits for life and diet and on the remedies that can re-establish the physical and mental balance necessary to maintain a state of health.

The Ayurveda doctor, after having established the diagnosis, can use various treatments, including

Some curative ingredients used to prepare food are also used as first aid remedies and to treat minor disorders.

Ayurveda  aims to lengthen and improve the life of the human being in harmony with nature.

This type of oriental medicine has four main aims:

It allows improving the quality of life,  breathing,  the diet and also overall to attain the inner peace necessary for psychological well-being.

According to  Charaka, one of the most important sages of Ayurveda who lived about 600 years before Christ, man is under the obligation to organize his life and make all the efforts necessary to remain in health and avoid the onset of illness.

Who it is useful for

This type of oriental medicine can be used both by people who are ill and by those who want to use prevention to remain in a state of good health.

Ayurveda  has proven to be effective in the treatment of various common disorders, such as:

Ayurveda remedies  can easily be used both by patients and by subjects interested in  prevention and in remaining in a state of health.