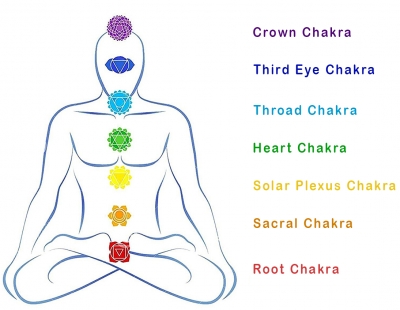 Soft Movement according to  Thekkekara

Backache is pain of varying intensity that can be continuous or appear only in particular situations, for example, under effort.
It can be localized in the lumbar region or in correspondence with the  sacral region or also involve the sciatic nerve. This is a very long nerve which starts from the first lumbar vertebrae and ends in the foot. The pain due to the  inflammation of this nerve is very intense and affects the lower limbs as well as the buttocks.

Problems of the vertebral column
Lumbago

Lumbago is the commonest form of backache and can be acute and chronic. In the acute form, the pain starts during a movement, such as that of lifting a weight from the floor or lifting a weight while doing exercises at the gym.
When lumbo-sciatica is chronic, on the other hand, the pain appears in the lumbar region and continues for at least six months. In addition, those who suffer from this backache often tend to “!be crooked”, i.e. the person leans to one side, due to the fact that the organism, trying to protect itself from pain, contracts, trying not to put further strain on the painful part, which is a completely natural mechanism.
Lumbago also typically appears in those who do sport and in this case is called athlete’s lumbago. It is considered a symptom and not an ailment. It is usually due to three different factors:

Cervicalgia, commonly called neck pain, is a pain that can appear slowly and then become acute in time or come with a sudden and fairly intense pain in the neck area which then prevents rotating the body to the right or to the left.
The person can also suffer from nausea, buzzing in the ears, mental confusion, dizziness and agitation.  Cervicalgia can also be transformed into cervicobrachial neuralgia , i.e. it causes pain to the neck and arm, reaching the hand. The right or left sides or even both sides of the body can be affected. It can be worsened by a supine position and reduced in other positions.
There are various  causes of cervicalgia but the main ones have been identified as:

When you “put your back out”

When you put your back out it is after an intense effort. The pain is truly stabbing and comes suddenly in the lower part of the back.
It is not uncommon to put your back out because of catching cold.
The pain is due to the compression of the spinal nerves; they control muscles and abdominal organs and the lower limbs, therefore it is important to intervene adequately to  solve the problem. The  Soft Movement with its completely natural treatment with remedies from nature and anti-inflammatories is definitely a useful method with its massages to release the muscles and avoid the situation getting worse.

Recourse to the Soft Movement  to prevent other problems of the back is also recommended to keep the back in good health all the time and especially for those who do sport at competitive level and  for those whose work involves the back and its muscles being under strain all the time, such as those who have to lift weights every day.   In addition to the better known problems shown above, there are other reasons for backache and thanks to the Soft Movement  it is possible to prevent but also treat the  pain when it appears. This can also be prevention to avoid the risk of the onset of hernia of the disc.
Let’s have a look at them.
Incorrect position at the computer
Remaining seated at the computer for eight or more hours a day can create various problems,   most of which are due to an incorrect posture, which then causes pain in the back and neck. The whole situation can be worsened if the chair you use does not have the back supported by a suitable cushion to support the lumbar region.

Standing for an excessive period of time
Remaining seated for too long creates problems for the back but at the same time so does standing for too long. Unfortunately this is necessary in some jobs and in these cases inflammation of the lumbar region is caused.

Long journeys
Backache also appears after long journeys, which is why those who are drivers and spend many hours at the wheel every day should take preventive action to avoid the onset of pain.

Overweight and Thinness
Lumbar problems and backache are also often due to being overweight, but also in the case of excessive thinness. This is why it is fundamental to have an adequate muscular mass and treat the back to keep it is a state of good health and work on the well-being of the musculoskeletal system.

Footwear
The use of unsuitable footwear is another possible cause of backache, especially in women who for pleasure or for work wear shoes with too high or too low a heel. It is also important that the shoes are well made to guarantee the correct position of the foot and distribution of the weight.

Excessive physical activity
Sport is recommended to keep the organism in good health and avoid being overweight but when it is practised excessively without preparatory stretching or when practised intensively without cooling down, sprains, contractures or backache can appear.
This is where the Soft Movement  can act as prevention to prepare the back for adequate physical activity, but also as support in the case of contracture and pain.

Backache, independently of its cause, also creates difficulties in sleeping. At times the pain prevents you from falling asleep and finding the right position, at other times after a few hours of sleep, it wakes you up and you can no longer get back to sleep.
This causes sleepless nights, with the consequence of the onset of sleepiness the next day, but also of being tired, feeling neck pain and headaches due to lack of  sleep and restorative rest.
Lack of sleep or sleeping badly can also have a negative effect on daily activities, but also on relations with people, making you  ill-tempered and easily irritated.
It is therefore necessary to intervene as soon as possible with a good treatment for the back to relieve the pain and where possible to make it disappear. This is where the  Soft Movement  can play an important role and greatly improve your nightly rest, so that you can enjoy your daily activities and relations with those around you.

Backache and the various pains connected with it are not only of the mechanical-physical type, but can also be caused by somatizations due to emotional states which reflect on it.
The emotions often associated with backache are fear, anxiety, stress and depression; they are such strong emotions that they “weigh” on the vertebral column, preventing the person from facing life with confidence but above all from standing up straight, in the true sense of the word.
The psychosomatic interpretation indicates backache as poorly supporting one’s existence and everything that revolves around it. The back can be interpreted in a figurative version as the place where all weights and burdens are carried. These force a person to bend down low to carry them because they are too heavy. The muscles become tense and the pain becomes sharp, creating sudden contractures when the point of no return is reached: a time in life comes when you can no longer bear to carry weights. This is where pain and the related ailments begin. The areas with pain or various ailments are

It is important to act on these somatizations to release the vital energy centres of the organism and to then see changes in everyday life, including on the affective level.
Those who somatise a lot on the back often have an affective life without love or their love for someone is not exchanged as they would like and this creates much discomfort and guilt feelings for them. They tend to lean on their backs in a figurative sense,  therefore they often have an arched posture, as though they are carrying a “millstone” on their shoulders.
In conclusion, we can say that keeping the back healthy is important not only for carrying out daily activities but above all because in oriental culture the vertebral column is considered the tree of life.
The natural and gentle approach allows rebalancing the muscles of the back and strengthening the deep muscles, relaxing the more superficial ones, obtaining numerous benefits.

How the Soft Movement works

The Soft Movement is a completely natural technique which does not require the use of drugs or instruments of a medical-surgical type.
The technique of the Soft Movement is structured in three phases:
First phase: some muscular centres well known in Ayurveda medicine are stimulated to obtain the relaxation of the contracted muscles. The stimulation of these centres produces two types of effects: mechanical and reflective; the mechanical effects consist essentially of  relaxing and lengthening  the muscles involved allowing the reduction of the muscular spasm and the reduction of the phlogosis  which in turn helps reduce pain. The reflective results on the other hand, are relative to the reduction of psycho-physical, emotional and depressive stress which helps raise the threshold of pain, procuring psycho-physical well-being in general.
Second phase: in this phase the energy centres defined Chakra in oriental culture are stimulated, in order to obtain a greater blood flow in the areas where the circulation is compromised with the reduction of stasis and the venous congestion of the periradicular plexus. Chakra is a term which comes from the ancient Indian language Sanskrit and means circle; the chakra are energy centres on which the vital functions of our body and of our psyche depend; according to the Hindu religion there are seven main chakra:

In this phase too there are reflective and mechanical effects; the reflective effects are linked to the reflective activity of the autonomous nervous system (sympathetic) which allows dilation of the  vessels and  the activation of the arterial, venous and lymphatic circulation through a greater   blood flow; this, in its turn, helps the elimination of the toxic metabolites that have accumulated in the tissues, limiting their new production. By reactivating the circulation, the reduction of venous and lymphatic stasis is helped, which allows a rapid remission of the phlogosis; therefore the reduction of the oedema and of the phlegmasia of the nerve roots naturally helps reducing their volume. When the overall mechanical effects are reduced, they regain their functionality and vitality; the increase in the circulation of the blood allows a greater nutritional supply and improved oxygenation which allows a rapid elimination of the toxic metabolites that have accumulated in the tissues: all this produces forms of relaxation which allow restoring the right tone and the normal functionality of the tissues.