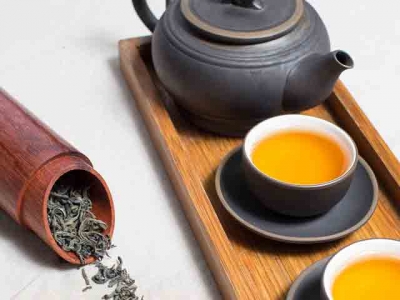 Tea ceremony in the East, let's discover together how this fascinating ritual takes place

In the East, tea is the main drink, just like water, with an ancient history behind it and that finds its maximum expression in the well-known Tea Ceremony, which is the western name of Cha no yu (hot water for tea) ).
This thousand-year-old tradition has deep roots and is based on the Zen discipline. It is not just a way to prepare and drink tea, but a truely religious, social and spiritual ritual.

In Japan, the matcha-type tea plant was imported after 1100 by the monk Elisai, upon his return from a pilgrimage to China. With it came the ritual of the ceremony spread primarily during the Song dynasty (960-1279), which made it a mundane and gorgeous-looking pastime. It was then that some Zen monks who came up with a first ceremonial to banish ostentation and opulence, returning to the tea ritual the same simplicity that was previously in Buddhist monasteries: drinking tea during meditation to stay awake, especially during the hard learning period.
Around 1489, the shogun Yoshimasa became a promoter of this ceremony, a patron of poetry and the arts, a lover of traditions and fascinated by Zen art. The shogun introduced the essential objects that are still found in the ceremonial and some aspects that reflect the inner importance of this ritual. At his death, the tradition was lost during the civil wars, until I arrived in 1550 a Zen monk, Takeno Joo, to develop new aspects of the ceremonial, thanks to the renewed momentum of the so-called "tea route". The third teacher to spread this ceremony was Sen no Rikyu, another Zen monk, thanks above all to his friendship with the shogun. People of all social backgrounds were able to approach this discipline and ritual, which became a habitual practice in the imperial court, as well as in the poorest environments. The Sen family continued the ritual over the years, passing it down and allowing it to be learned with special schools, which are still present today, with different philosophies of thought, but whose base has always been the same for hundreds of years

Sen no Rikyu's tea ceremony is based on four cardinal principles, to which all schools refer:
Harmony - A spiritual dimension that puts guests and guests on the same level, putting them in spiritual correlation with the rhythm of things and of nature, in a simple and spontaneous way, without extremisms. Finding balance with the people and objects that surround us.
Respect - The recognition of the dignity of all things, starting from the simplest objects, to the essence of all that surrounds us.
Purity - Referred not to cleanliness and beauty, but purity of our mind, which must be made free of worries and constraints in order to welcome new experiences and all the beauty of small things. To make the ceremony and the room ordered, is to put order in our mind and in life.
Tranquility - Detachment from material goods and bonds to embrace nature, the essence of what surrounds us, moving away from the world, albeit in the company of others, seeking serenity.

The ceremony and the room

The ceremony takes place in a small room, which is accessed by a low door, which forces those who enter to bend in humility and respect. The room consists of a tatami and a small niche where the Tokonoma is hung, a scroll with drawings or writings and then there is the chabana, a small vase with seasonal flowers and compositions, similar to ikebana and toko-bashira, a rough wooden pole.
The ritual tools are placed on the tatami and change according to the season and the type of ceremony and are placed in order by the teishu, ie who will make tea. In the simple form of the ritual, usucha (light), we start by eating a small cake starting from the first guest, while the tea is prepared, which is then drunk in the same order, apologizing to the next diner that allows us to drink first. Nobody overpowers the other, thanks for giving us the opportunity to drink first and we continue.
Before drinking, each diner must rotate the cup, so as to show the finish, who serves tea, then sip, say a few words of appreciation, clean the edge of the cup and place it in front. When everyone has performed this ritual, the guest pronounces a celebratory phrase, precisely because the ritual of tea is seen as a celebration.
The cups are taken from the teishu and washed, while the guests ask and get permission to examine the utensils such as the bamboo spoon and the tea container, which are carefully watched in turn. The guest recites a poem or a symbolic phrase in agreement and harmony with the period and the season. The ceremony ends with a bow from everyone, guest and guests.
The various themed preparations are called temae and provide different tools and services, depending on the type of ceremony, whether simple or complex. Objects are essential and without frills but they have a great expressive importance and symbolize the flow of time that makes objects fascinating, just for that layer of sweetness and beauty that only time can give to things and moments. The room is simple, far from ostentation and must remind us of simple values, transporting the guest and the host to a place without worries and attachment to material goods.
These precise rules were used to put everyone on the same level, making them equal and without distinction. It is not surprising, therefore, that the tea ceremony goes far beyond just sipping the drink, but embraces philosophy, education, things, people, past and present.