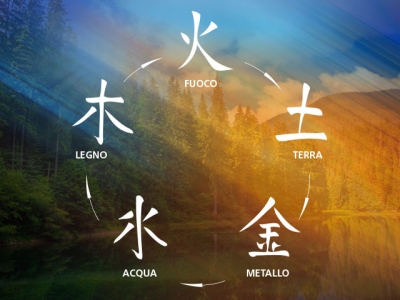 Nutrition during the 5 seasons of Traditional Chinese Medicine

During the year each season exerts a particular influence on the most exposed organs compensate for the climatic condition at that time.
In the West four seasons are mentioned, while according to the Eastern tradition the seasons are not four, but five and each corresponds to a pair of organs that work more intensely during a particular time of year and that are more sensitive to  imbalance and disease.

Seasons and corresponding organs in TCM

Spring is the season dedicated to detoxification from the toxins that have accumulated during the winter. It also prepares you for the new season. The Liver and the Biliary vesicle are very busy and particularlyaffected by the Wind.

Summer is the moment of lush growth and vitality, the Heart and the Small Intestine are the most Heat- sensitive organs.

Late summer or fifth season is devoted to maturation and changes, and are energetically connected to the Spleen-Pancreas (considered in Chinese medicine as a single energy organ) and the Stomach. Humidity may damage them.

Autumn, the season of harvesting, also represents the moment of energy storage for the body. The organs of this season are the Lungs and the Large Intestine; the climatic or sensitizing factor that can damage these organs is Dryness.

Winter is the time to conserve resources, the Kidneys and the Urinary Bladder are the most sensitive to the Cold, typical condition of this season.

Basic Principles of Nutrtion in TCM

At the basis of nutrition in Traditional Chinese Medicine (TCM), which in ancient times was also obvious to us Westerners, there is the fact to eat local food, easy to find and that ripen (fruit, vegetables, cereals) ) at a defined time of year.

The principle is that the food that is part of our environment is compatible with our biochemistry, because it has breathed the same air, furrowed the same earth, and received the same cosmic influences as our body.

Therefore, having a diet based on this principle and the cyclical nature of the seasons helps to maintain good health by preventing diseases.

The ideal food for each season

Spring
The liver is the organ associated with this season, as we said, after the winter the dormant energies tend to re-emerge to give life to a new life cycle.
It is therefore important that the flow of the liver be free and harmonious, as this organ suffers a lot of stagnation and compression.
Light and easy-to-digest food, green in color are recommended in TCM to help to cleanse and restore the liver.
Sour or acid food should be avoided because they tend to collect, retain and contract.
In their place, relaxing sweet food taste and, to a lesser extent, dynamizing spicy food are good choices.

What to choose
Good choices are:

Summer
Natural activity is at its highest during this season, energy stirs and surfaces, the body expels a lot of water through sweat and this process must be sustained by consuming acid or sour food that help to retain liquids to avoid excessive dispersion of mineral salts. The body may become weak if they are not properly reintegrated. Sweet foodw, to allow the production of liquids.
The combination of acid and sweet food makes it possible to harmonize dispersion and generate liquids. Many kinds of fruit possess these tastes, and must therefore be consumed in abundance during summer, when fruit abounds.

Autumn
Autumn is characterized by a lot of rain and humidity. It may be one of the causes of lung diseases (the Lung is the organ of the season), with accumulations of catarrh.
The taste that helps is bitter. It helps to reconstitute the shape of the heart, an organ affected by summer activity.

In winter energy become dormant and the pores close again to maintain internal warmth, the cold and the darkness return.

In this season it is appropriate to use spicy ingredients, which help to make foods more digestible and increase the metabolic heat, to contrast the aggressions typical of the cold season. It also nourishes the shape of the lung, an organ which is stressed by autumn hyperactivity.

What to choose
The ideal foods to be consumed in winter are:

Vegetables that grow under the earth are recommended as potatoes, turnips, carrots, leeksshould be consumed daily ... In addition, winter foods should be eaten cooked and hot.